Nearly two thirds (65 per cent) of logistics and transport professionals believe the industry will have a stronger future if the UK stays in the European Union, a CILT survey has found. 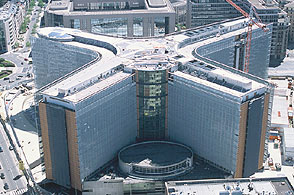 Some 64 per cent of individuals said they believe that the UK should remain in the EU, and 58 per cent of those asked said that their business would be in a stronger position in future if it remained in the EU.

“The message from our members reveals that, both as individuals and from a business perspective, a majority are in favour of the UK remaining in the EU,” said institute chief executive Kevin Richardson.

“The Institute does not align itself with any campaign and respects that our members do have split views on this issue.

“However, part of our role as a professional body is to inform and the conclusion from this member survey suggests that those involved in our industry believe we will be stronger by staying in the EU.’