The Food & Drink Federation, which represents 7,000 food manufacturers, has called on the government to allow companies to co-operate to tackle food shortages in the event of an no-deal Brexit.

The planned Brexit day, 31st October, comes at a time of the year when the UK imports a lot of food so any disruption could lead to shortages.

However, as things stand companies would be heavily penalised for breaking competition law if they worked together to prioritise shipments. 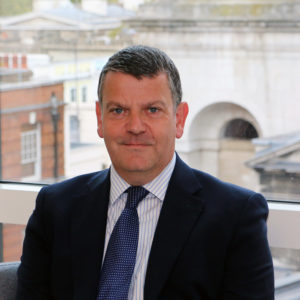 Tim Rycroft, chief operating officer of the FDF, said: “Competition law is important, but in the event of no-deal disruption, if the government wants the food supply chain to work together to tackle likely shortages – to decide where to prioritise shipments – they will have to provide cast-iron written reassurances that competition law will not be strictly applied to those discussions.

“Without such assurances, any such collaboration would risk incurring large fines from the CMA.

“We asked for these reassurances at the end of last year and, despite support from Defra, we’re still waiting. Hopefully, now that Michael Gove is in charge of all no-deal planning, we can make progress.”

Some 47 per cent of respondents reported increased stockpiling costs as a key impact on their business in Q2.

The FDF asked businesses how prepared they would be for a potential no-deal Brexit on 31st October compared with March/April? 19 per cent of those who responded said ‘less prepared’, while 57 per cent reporting they would be ‘as prepared’.

Reasons cited by members for their perceived lack of preparedness included: Lack of warehousing space and other capacity constraints, Seasonal demand in Q4 limiting ability to stockpile for a potential ‘no-deal’, and inability to invest more time and money.

* The government plans to create ten freeports after the UK leaves the European Union.

International Trade Secretary Liz Truss said it would set up an advisory panel to advise the government on the establishment of the freeports.

Ports and airports will be invited to bid for free port status, which would have customs and tax benefits for companies operating within them.