CollectPlus chief executive Neil Ashworth has been appointed chief commercial officer of Yodel. Ashworth will maintain his position as CEO of CollectPlus, but will now oversee commercial operations and client services in this newly created role. 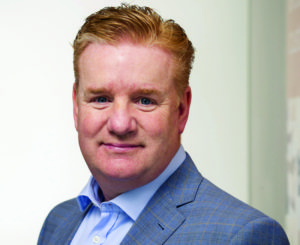 Ashworth has been CEO of CollectPlus since 2013, and became an executive board member of Yodel in January. Before this, he has worked for six years at Tesco, and has previously worked at Woolworths and Hallmark.

“I am proud to extend my role within the Yodel family, at this exciting point in its transformation, and I look forward to the challenge that the CCO role presents,” said Ashworth.

Yodel chief executive Mike Cooper said: “Neil brings a wealth of experience in retail and logistics which will be invaluable to the future growth of Yodel. He has a strong understanding of our business, having led CollectPlus for four years and served as an executive member of our own board since January, and we are pleased to announce his newly expanded position here at Yodel.”