Atty Hussein has become operations director at Liberty Ltd, the Regent Street based retailer which is known for its fabrics and fashions. 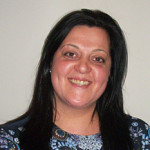 She has moved from Fortnum & Mason, where she spent almost eight years holding number of senior positions including, director of logistics, and director of retail and operations. Before that she was with Marks & Spencer and Next Group.

Liberty was founded in 1875 by Arthur Lasenby Liberty who took over half of 218a Regent Street to create his vision of an Eastern Bazaar and change the look of homeware and fashion.