The supply chain emissions involved in the use of biomass for power generation needs further research, according to a report by the Royal Institute of International Affairs, which challenges the green credentials of the fuel. 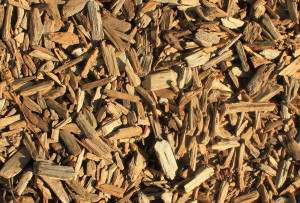 The institute, also known as Chatham House, warns that it is not valid to claim that because trees absorb carbon as they grow, the emissions from burning them can be ignored in its report entitled: “The Impacts of the Demand for Woody Biomass for Power and Heat on Climate and Forests”.

Biomass, or wood pellets, accounts for about ten per cent of energy consumption in the European Union. Some countries, such as Germany, produce their own wood pellets. In contrast, the UK is the EU’s biggest importer with pellets coming mainly from the US and Canada.

The report recommends that: “Along with changes in forest carbon stock, a full analysis of the impact on the climate of using woody biomass for energy needs to take into account the emissions from combustion (which are generally higher than those for fossil fuels) and the supply chain emissions from harvesting, collection, processing and transport. There is still some uncertainty over some of these factors; further research would be helpful.”

And it argues that the provision of financial or regulatory support to biomass energy on the grounds of its contribution to mitigating climate change needs to be limited to those feedstocks that reduce carbon emissions over the short term.

“In practice, this means that support should be restricted to sawmill residues, together with post – consumer waste. Burning slow -decaying forest residues or whole trees means that carbon emissions stay higher than if fossil fuels had been used for decades, which is a matter of considerable concern given the current rate of global warming.”