Boohoo has denied allegations that some of its suppliers have paid staff less than minimum wage, but it has ended contracts with suppliers that have not followed its code of conduct.

Following allegations made in The Sunday Times Boohoo is launching an “immediate” independent review of its UK supply chain, led by Alison Levitt QC, and is making an initial commitment to invest an incremental £10 million to eradicate supply chain malpractice. 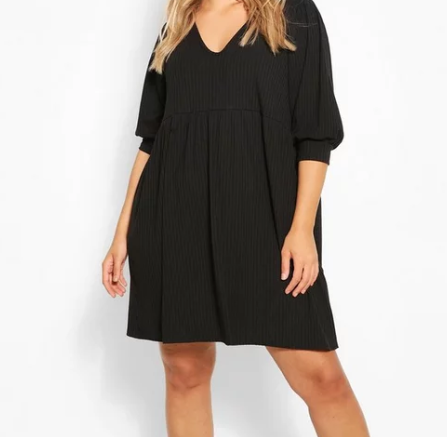 Boohoo said that the garments featured were not actually manufactured in Leicester, but in Morocco.

In a statement to investors it said that, contrary to the media reports, Jaswal Fashions is “not and has never been” a supplier to Boohoo and does not operate in the unit stated. It said that its investigations over the last 72 hours had highlighted that the order from Nasty Gal was placed with Revolution Clothing, which instructed clothing manufacturer Morefray to manufacture in Morocco and repackage the garments on their behalf in Leicester.

According to Boohoo, after the goods were produced, the garments were shipped back to the UK by the supplier to be repackaged into compliant boxes for delivery to the group’s international distribution centre in Burnley.

Boohoo said that its investigation to date had not found evidence of suppliers paying workers £3.50 per hour. but it had found other evidence of non-compliance with its code of conduct and had immediately terminated its relationship with both suppliers.

Group chief executive John Lyttle said: “We are deeply shocked by the recent allegations about the Leicester garment industry. We wish to reiterate how seriously we are taking these matters and we will not hesitate to terminate any relationships where non-compliance with our code of conduct is found. Our commitment to an incremental £10 million of investment demonstrates our resolve to enforce the highest standards of ethics, compliance and transparency for the benefit of all garment workers.”

However Logistics Manager understands that a number of retailers have stopped working with Boohoo after the allegations regarding the conditions in the Leicester warehouse.

One retailer has said that it is has “temporarily suspended [its]trading relationship with all Boohoo brands until the company has completed its investigation, and [it has]received necessary assurances regarding its supply chain practices.”

A spokesperson for Zalando has said that the company has dropped Boohoo, as well as its subsidiaries, and has paused “all new business with Boohoo effective July 7th.”