Brambles now has full ownership of Kegstar holdings after acquiring the shareholdings of the founder and co-shareholder of the company. The global supply-chain logistics company already owned 30 per cent of Kegstar before the acquirement, and began investing in the business in March 2014. 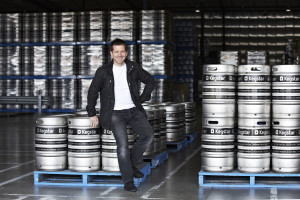 Managing director and founder Adam Trippe-Smith will remain in his role, alongside the whole Kegstar team. Kegstar will ‘operate as a stand alone business’ and will go ahead with its existing business plan to expand into locations beyond the UK, Australia and New Zealand, where it currently operates.

Following the launch of a UK keg pooling business in February 2016, Kegstar’s global expansion will begin with the formation of European operations.

“I am excited and proud that Brambles has recognised the unique business that my team has created over an extraordinarily short period of time,” said Trippe-Smith, managing director. Kegstar was founded in December 2012 and began with just 880 kegs.

“We now look forward to tapping into the global asset pooling knowledge and network of the entire Brambles group to take Kegstar to the next level. It’s now game on!”

“When Brambles first invested in Kegstar in March 2014, we saw it as an exciting and innovative business with a great team that was gaining traction in the fast-growing craft beer and cider market. We didn’t have a presence in keg pooling, but definitely identified the potential to add value, not just through financial investment, but also with Brambles’ supply-chain expertise and global network. Having seen what the Kegstar team has achieved since then, it was an easy decision to take the step of acquiring the company. Brambles will fully support Adam and his team as they take Kegstar forward.”