The logistics and transport industry has responded to the shock UK general election outcome which has resulted in the Conservative party forming a minority government with the Democratic Unionists. 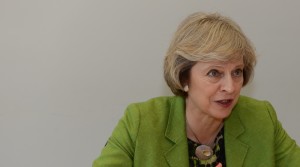 Across the board there are concerns that the results will have an adverse impact on Brexit negotiations, and in turn negatively affect the logistics and supply chain industry.

The Freight Transport Association (FTA) has called for the new government to review its decision to leave the EU Customs Union, “given the confusion caused by the results of the General Election and lack of a clear mandate from British voters.”

“This morning, UK exporters and importers are waking thinking what does the election result mean for Brexit, and the potential impact on my supply chains,” said James Hookham, FTA’s deputy CEO. “After four weeks of campaigning for the General Election, vital time has been lost to prepare for the crucial Brexit negotiations.

“It is now imperative that that the new government focuses its efforts on supporting the logistics sector to ensure that business can continue to trade efficiently with our EU customers and suppliers.

“Exiting the customs union threatens the imposition of tariffs, border checks, Customs declarations and huge amounts of bureaucracy for the significant number of UK businesses that trade in the EU, and the logistics organisations that deliver it for them. Negotiating a replacement trade deal that avoids these would require a strong and convincing mandate, which the Election has now put into doubt. The importance of frictionless arrangements for UK trade with the EU, particularly with Ireland, means that the decision to leave the customs union should be reviewed as a matter of urgency, and other ways of achieving a positive outcome for Brexit should now be considered.

The UKWA expressed its disappointment with the inconclusive outcome of the election, which it said “failed to provide the sought-after level of stability”.

“We will be monitoring developments over the coming hours and days, and will continue to support our members by ensuring their voice is heard,” said Peter Ward, CEO, UKWA. “Through our various channels we will ensure the sentiments of our members are communicated to appropriate stakeholders and accurately reported by the media.

“Similar to a year ago after the referendum we appeal to the leaders in our resolute sector to provide the calm and security needed, confident that the logistics industry will adopt its steadfast and notorious business as usual approach during this critical time.”

The CBI has said that its time to “put the economy back to the top of the agenda”.

“This is a serious moment for the UK economy,” said Carolyn Fairbairn, CBI director-general. “The priority must be for politicians to get their house in order and form a functioning government, reassure the markets and protect our resilient economy.

“Politicians must act responsibly, putting the interests of the country first and showing the world that the UK remains a safe destination for business. It’s time to put the economy back to the top of the agenda.

“For the next Government, the need and opportunity to deliver an open, competitive and fair post-Brexit economy that works for everyone across all our nations and regions has never been more important.”

Yet another own goal, after Cameron now May, will make already complex negotiations even more complicated.

Guy Verhofstadt, president of the Alliance of Liberals and Democrats for Europe, was unimpressed by the election result.

Andrew Baxter, managing director of Europa Worldwide, described the result as a disaster.

“Theresa May’s position now looks very vulnerable indeed and I expect she will go in the near future – maybe as soon as in the next week – because she will struggle to have the authority to lead the party through the coming period,” he said. “This will be worsened by people blaming her for putting the party and country in this position by calling the election.”

He predicts that there will be another general election within the next year. “I doubt the Conservatives will be able to push through Brexit without a majority so therefore the nature of Brexit – or in fact whether it happens at all – will depend, if I’m right, upon the result of the next election,” added Baxter. “The upshot of this election in my opinion is total instability and a very unclear picture for the future of the UK.”

A spokesperson from the RHA said that it is to early to know what any new government of any kind will do for the transport industry. But added: “We are sorry to see Rob Flello loose his seat, he was staunch supporter of the road transport industry and an effective chairman of the all parliamentary party group on transport.”

Speaking from a property perspective, Colin Wilson, head of UK & Ireland at Cushman & Wakefield said: “A hung parliament is clearly not the outcome that business expected from this election. What we needed, only a year on from the EU Referendum, was a sustained period of political stability in the UK, especially for the important negotiations ahead. Instead, after weeks of domestic campaigning, in place of clarity we have further uncertainty. The result makes strategic planning for business harder and this could result in some decisions being delayed. However, if there is a lesson from our experiences over the last 12 months, it is that UK business, including the real estate industry, has become accustomed to uncertainty and managing through it – as evidenced by the many significant investment and occupier commitments since last June. Leadership, clarity and unity are the three things that business will be looking for now. ”

Donald Tusk, president of the European Council, expressed his views on Twitter:

We don't know when Brexit talks start. We know when they must end. Do your best to avoid a "no deal" as result of "no negotiations". #GE2017

#Brexit negotiations should start when UK is ready; timetable and EU positions are clear. Let's put our minds together on striking a deal