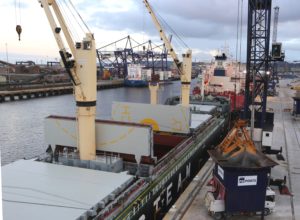 British Gypsum will bring shipments from Europe directly into Teesport every two weeks where it will be stored in a new bulks warehousing facility. British Gypsum will also make use of Teesport’s dedicated rail terminal directly linked to the bulks facility, which run six days a week.