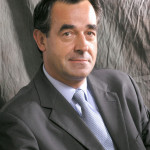 “The fourth quarter caps a productive year of building Ceva’s competitive advantage,” said CEO Xavier Urbain. “We enter 2015 with an executive management team of seasoned industry leaders and a go-to-market strategy based upon business lines in freight management (air freight and ocean freight) and contract logistics to enhance customer value.

“On 1 January, 2015, we implemented our new local-based operating model to drive operations excellence in our global network and to be a more responsive and innovative partner to our customers. Our customers’ reaction to our progress is highly positive, as evidenced by Q4’s top line growth.”

Ceva now has 17 local geographic clusters of countries featuring uniform governance and business rules. The aim is to increase the responsibility of local leadership allowing for faster decision-making, and greater agility and responsiveness to emerging and established market opportunities.

Revenue in freight management decreased by 3.4 per cent mainly due to the effect of exchange rates and to lower air freight volumes in the first half of the year.

Revenue in contract logistics decreased by 4.5 per cent in 2014, mainly due to the effect of exchange rates and lower volumes in some key markets, notably in Asia Pacific and some countries in Europe.