UK Mail chief executive Guy Buswell has stepped down from the board and will be leaving the company with immediate effect. 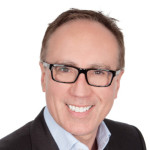 In a statement, the company said a search for his replacement has already commenced.

The move follows problems with the move to the new hub at Ryton which have hit profits.

Last week, UK Mail reported a 55.5 per cent fall in operating profit to 4.9m for the half year to 30th September despite a 4.5 per cent rise in turnover.

The company said in its trading statement: “The profit reduction is primarily due to the temporary increase in operating costs associated with this [the move]and also due to a magnified mix effect as a result of the increased customer churn we experienced in the period.”

UK Mail decided to move to a new automated hub at Coventry because its site in Birmingham is on the route of the new high speed rail link.

The Board’s expectations for the current and the next financial year remain as set out in the Interim Results released on 18 November 2015.

Kane said: “The board and I would like to thank Guy for his contribution to the Company over the past ten years in his role as chief executive and wish him well for the future.”