MSC Mediterranean Shipping Company has called in a salvage company to coordinate the retrieval of cargo lost from the MSC Zoe in heavy weather in the North Sea on 2nd January.

The Dutch coastguard estimates that 270 containers were lost overboard. Containers have been washing up on the islands around the Wadden Sea. 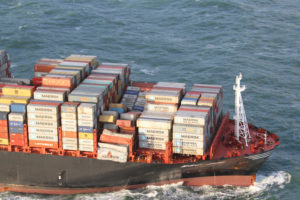 MSC is also deploying specialised ships equipped with sonar to search for missing cargo at sea.

The ship proceeded to Bremerhaven for cargo discharge operations. In the meantime, MSC is analysing the causes of the incident.