A one-day delay at the UK/EU border after Brexit would result in late delivery penalties and even lost contracts for UK exporters, a survey by the Chartered Institute of Procurement & Supply has revealed.

MPs are due to vote on the Brexit deal negotiated by prime minister Theresa May on Tuesday (12th March), and there is a real possibility that the UK could leave the EU on 29th March without any agreement.

The survey of 1,749 UK and EU based supply chain managers found that a 24-hour delay at the border would see 20 per cent of EU businesses push their UK suppliers for a discount on their order while 11 per cent of UK exporters would expect to have their contract cancelled outright by their clients in the event of delays.

A delay of two to three weeks, would result in 60 per cent of EU businesses switching to suppliers based elsewhere.

Only 44 per cent of UK businesses would be able to switch to an alternative supplier if there was a similar delay getting goods into the country.

Already 38 per cent of European companies have switched to suppliers outside the UK as a result of Brexit. That figure up from 18 per cent in CIPS survey in October 2018.

The CIPS survey also found that a no-deal would lead to thousands of British exporters being turned away at the UK/EU border because they lack the expertise, data or technology to comply with the relevant EU customs rules.

Only 40 per cent of UK supply chain managers say they would be able to comply with four of the EU’s customs requirements, leaving them unable to trade with the EU if the UK left without a deal later this month.

Some 39 per cent of UK businesses said they will continue exporting to the EU after Brexit regardless of possible delays and costs.

“If the UK does stumble out of the EU without a deal next month, the majority of British businesses would not even be able to file the right paper work to get goods across the border,” said CIPS economist John Glen. 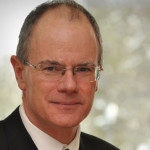 The latest developments in the Brexit negotiations will come under scrutiny at the Supply Chain Conference in London on Tuesday 19th March.

James Hookham, deputy chief executive of the Freight Transport Association, will examine the impact on supply chains of the possible Brexit outcomes.