David James has been appointed supply chain director of Primark following the retirement of Martin White. 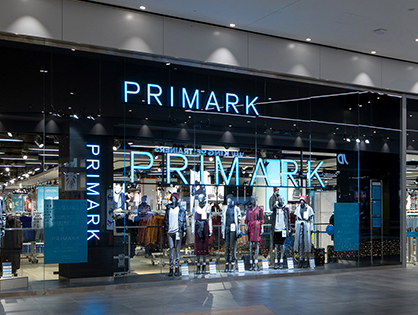 In a statement, Primark said: “We can confirm that Martin White has retired from the company and we thank him for his contribution.

“We are pleased to confirm that David James has been appointed as Supply Chain Director for Primark.”

James was previously director of logistics at Primark having joined the company from Sainsbury’s in 2014.

He joined Asda in 1998 and held positions at Matalan and Somerfield before joining Sainsbury’s in 2007.

Under White’s leadership, Primark won the overall award in the 2010 Supply Chain Excellence Awards. The judges said at the time: “Primark simply have a stunning supply chain – Primark are now setting the standards in the sector and are out to ‘out Wal-mart’ Wal-mart in the supply chain. Primark are the fastest growing fast-fashion retailer in Europe and supply chain is a fundamental part of that growth. But, remarkably, the company runs a £2bn supply chain with just eight people. Their turnaround times are quite incredible – their supply chain is set up in such a way that products on the catwalk for London Fashion Week today will be in the store the following week.”