The government is to invest £1.2 billion in improving roads, cutting congestion and improving journey times. 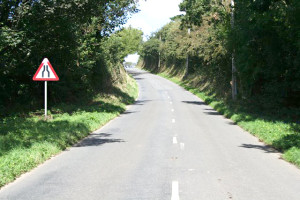 £210 million which has come from the National Productivity Investment Fund. This was announced in the Autumn Statement – at the time the Chancellor committed to invest £1.3 billion in improving the road net work.

£801 million, which will be shared among local highway authorities in England, outside London.

£70 million will be shared across local highway authorities in England, outside London, from the Pothole Action Fund which will help repair over 1.3 million potholes

£75 million from the Highways Maintenance Challenge Fund, inviting local highway authorities in England, outside London, to compete for funding to help repair and maintain local highway infrastructure, such as bridges, lighting and rural roads

“Roads play a significant part in everyday life linking people with jobs and businesses with customers, which is why this government is investing record amounts improving and maintaining highways across the country to help motorists,” said Transport Minister Andrew Jones. “The funding we have allocated today is focused on relieving congestion and providing important upgrades to ensure our roads are fit for the future – helping to build an economy that works for everyone.”

The FTA has welcomed the funding – it said that increasingly members of the association had been verbalising their concern about poor road surfaces, and increased maintenance costs due to potholes and other road surfaces. It said:

“The association estimates that damage caused by potholes could cost fleet managers in excess of £5,000 per annum in increased repair bills, so the FTA is now calling on local highways authorities to make timely and efficient repairs to our roads, after years of a general decline in conditions: this is critical in ensuring that logistics and supply chain businesses can continue to trade as cost effectively as possible, without passing on additional costs to the end user.”