John Boulter, managing director retail at DHL, has apologised for the interruption of supplies of chicken to KFC restaurants, saying “we are committed to step-by-step improvements to allow KFC to re-open its stores over the coming days”. 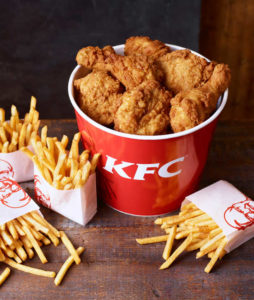 Hundreds of KFC outlets remained closed on Tuesday as a result of the delays. KFC has been publishing a list of open stores on its web site.

Boulter said: “DHL regrets the interruption of supply and is working diligently to rectify the situation by working with KFC and other partners involved in the supply chain.

“The reasons for this unforeseen interruption of this complex service are being worked on with a goal to return to normal service levels as soon as possible. With the help of our partner QSL, we are committed to step by step improvements to allow KFC to re-open its stores over the coming days.

“While we are not the only party responsible for the supply chain to KFC, we do apologise for the inconvenience and disappointment caused to KFC and their customers by this incident.”

The GMB union, which has members at Bidvest Logistics which held the KFC contract before DHL took it over, has claimed that KFC knew of the problems three weeks ago.

GMB national officer Mick Rix told “The Guardian” that the union would like KFC to go back to Bidvest.