DHL has confirmed that it has pre-let SEGRO’s 694,608 sq ft mega shed at East Midlands Gateway.

Logistics Manager reported that the developer had put forward proposals for the mega shed in April this year for an unnamed occupier on a 33.66 acre plot on the 6 million sq ft scheme in Leicestershire. 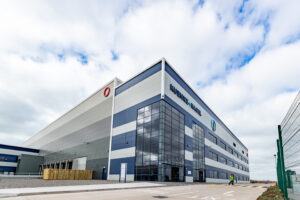 DHL intends to service a contract for an international food manufacture from the site and requires a temperature controlled storage area which requires an extremely tall building necessitating further planning approval.

The building will top out at 36.3m and it is this, which is the most controversial aspect of the proposals as building height at EMG had been accepted at 20.5m.

In the application it argues for the increased eaves height noting: “The High Bay area is an essential and integral component of the building’s design and function. It enables the unit to provide a temperature controlled storage area, which is vital for the goods proposed to be located within the warehouse.

“The proposed warehouse will form a strategic multi-user warehouse. The occupier’s original scope was to create three warehouses: one to be located in the South with two in the Midlands. However, by increasing the capacity at EMG, through the delivery of the High Bay area, the need for the third warehouse, elsewhere in the Midlands, has been eliminated, effectively bringing the economic benefits of two units to North West Leicestershire. 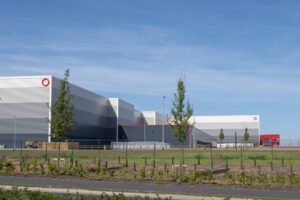 “The additional space gained by the High Bay area will enable the occupier to increase the number of customers at the facility, which, in turn, will provide a diverse workforce which will increase productivity on the site.”

The facility will have 474 car parking spaces and 121 HGV spaces. There will be 43 dock with nine double dock doors as well as eight level access doors. It will be built to BREEAM Very Good.

It is hoped that construction would start in late 2020 with completion set for the first quarter of 2022.

Planners for SEGRO note: “The jobs provided through the development will be extremely important, particularly in the context of the current economic (and social) circumstances.

“When we emerge from the current situation, the economy will need to be ‘kick started’ and development providing employment benefits will play a key role in boosting the economy and getting the country back on its feet again.”

Headline rents ate the scheme are around £6.75 per sq ft. Joint letting agents are Burbage Realty, CBRE and Savills