The Department of Heath and Social Care has won a High Court ruling on its decision to award a £730 million contract to  Unipart to take over the National Health Service logistics operations.

A Department of Health and Social Care spokesperson said: “We welcome the judgement made today, but it would be inappropriate to comment further given the ongoing legal process has yet to finish.”

Unipart was awarded the contract, worth some £730 million, to deliver medical equipment to the NHS. 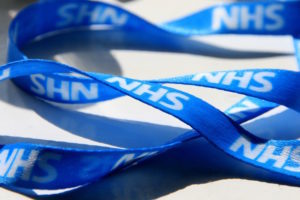 Mrs Justice O’Farrell sitting in the Technology and Construction Court was asked to rule on two applications:

The judge dismissed DHL’s application for a summary judgement against the DHSC, ruling that the DHSC has a real prospect of successfully defending the DHL claim and saying: “The court cannot determine those matters [the disputed facts]fairly without giving the parties an opportunity to test the evidence at trial.”

One the second application by the DHSC, the judge said: “In conclusion, the balance of convenience lies in lifting the automatic suspension and permitting DHSC to enter into the contract with Unipart. Accordingly, DHSC’s application is granted.”