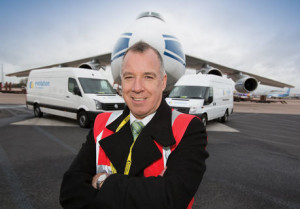 The company said that if calls for digitalisation were met, vehicle manufacturers could be provided with the ability to “respond to time-contracted industry pressures by operating shortened, simplified networks that accelerate the time to market by up to 30 per cent.”“Acknowledgement of the benefits that can be brought by a digitalised industry – embracing the emergence of artificial intelligence, automation and robotics, and human-machine interaction – could provide the automotive industry with the ability to solve the issues of conflicting lead-times and unresponsive supply chain rigidity, perfectly aligning tighter schedules and providing a robust, agile next-generation manufacturing tool,” said managing director of Evolution Time Critical, Brad Brennan.