Ted Baker has said that, to date, it has seen minimal supply chain disruption as a result of COVID-19 but it has been forced to temporarily close stores that were responsible for 68% of its sale sin its most recent financial year.

In a statement to investors the retailer said that the significant majority of its factories in China were now operational.

It said it did not currently envisage supply disruptions and inventory levels are sufficient.

Last month the company was forced to admit a £58 million overstatement in inventory levels. 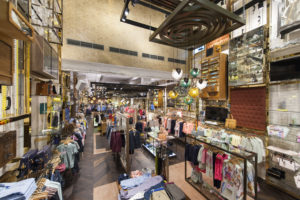 However, the majority of the group’s retail stores are now closed, some 384 stores out of a total 416 globally. These, it said represented approximately 68% of Ted Baker’s global retail sales in financial year 2020.

Ted Baker did say that its e-commerce channel had proved much more resilient and the performance in the financial year to date – occurring over the last eight weeks – was up 16% on last year, albeit with some variability across recent weeks.

It said that its e-commerce service was continuing to operate as normal, and was a channel it would be intensively managing during this period of store closures.

Acting chief executive Rachel Osborne said: “The spread of COVID-19 has led to some unprecedented events around the world and uncertainty for our business and our people.

“We welcome the support packages so far announced by governments and continue to focus on keeping our customers and employees safe and all of our stakeholders informed.

“By doing this, and by continuing to transform the way the business operates guided by our strategic priorities, we remain confident we can realise Ted’s exciting, long-term potential.”