Eddie Stobart is to float on the AIM market in a move that is expected to raise £130 million for the company. The company intends to use some of the money to complete a bolt-on acquisition to complement its activities in the e-commerce sector.

The flotation values the business at more than £550 million. 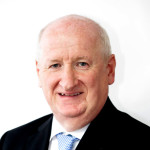 Chief executive Alex Laffey said: “We have transformed the business over the last three years and made significant investment in our customised technology and systems alongside developing our management and workforce to support growth in new business sectors. Our cost-effective solutions and best-in-class service enable our customers to focus on their core activities.

“We look forward with confidence to creating value for our customers and our shareholders in the years to come.”

The company was wholly owned by the Stobart Group until 2014 when a 51 per cent stake was sold to funds advised by DBAY Advisors. Alex Laffey was brought in from Tesco to head the business in May 2015.

In the year ended 30 November 2016, Eddie Stobart generated revenue from continuing operations of £549m and adjusted EBIT of £41m, compared to £468m and £36m the year before. In the first quarter of 2017 the business has continued to grow with revenues from continuing operations increasing to £142m and adjusted EBIT to £6m, an increase of 18 per cent and 20 per cent respectively compared with last year. 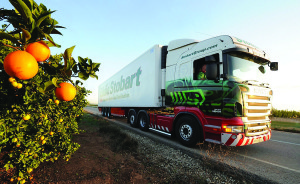 The formal name of the business will be changed from Greenwhitestar UK plc to Eddie Stobart Logistics plc as part of the floatation process which is expected to be completed in April 2017.

Following admission to AIM, the existing shareholders are expected to hold no more than 30 per cent of the company.

The Stobart Group, which owns 49 per cent of Eddie Stobart, said in a statement that it was pleased that “the Group’s interest in Eddie Stobart continues to create considerable value for the Group’s shareholders. The Board has indicated its preference to retain a meaningful stake in the Company following its IPO, reflecting the two groups’ on-going shared interests and the Company’s prospects.”

* Eddie Stobart has exchanged contract with LondonMetric Property for a single new 180,000 sq ft distribution unit at its logistics centre in Dagenham.

It has signed a new 26 year lease across the enlarged 436,000 sq ft logistics centre at an increased rent, subject to five yearly RPI rent reviews.

Planning consent has already been received and construction is expected to commence next month with completion by April 2018. As part of the redevelopment, two existing units totalling 150,000 sq ft will be demolished.