An EU funded eco-driving system targeting CO2 emissions and fuel consumption in fleets has achieved a reduction in energy usage of up to six per cent. TomTom Telematics, which invested in the four year project, has said this is a ‘good first step towards the target reduction of 20 per cent’. 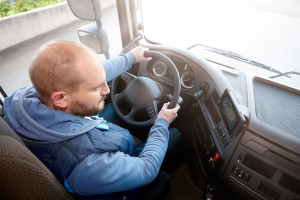 The project has been one of the main influences behind the development of TomTom’s ‘Webfleet’ fleet management platform. OptiDrive 360 will be the first product available to drivers as a result of the EU project and research – according to the telematics company, some of its customers have reported fuel savings in excess of 20 per cent.

“When TomTom Telematics invested in the ecoDriver project we saw a huge opportunity in doing extensive research into eco-driving alongside partners from such a wide range of areas – including research institutes, universities and car manufacturers,” said Taco van der Leij, VP marketing at TomTom Telematics. “Being involved has given us a unique positioning in the telematics industry, as it has helped us get under the skin of the subject of eco-driving and to learn from the others involved. We have been able to feed this into our product development and OptiDrive 360 is the first result.”