A survey by Returnloads.net has found that 78 per cent of 400 HGV drivers said they would not recommend their job. 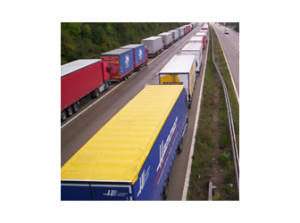 Just over 26 per cent of those surveyed believe there is not a driver shortage, while around 24 per cent said they were unsure.

The survey also found that 36 per cent of the drivers felt they are not treated well by the companies they work for.

The drivers said that poor wages, poor driver facilities and the way drivers are treated were the top three reasons for the driver shortage.