The FTA is amending its Truck Excellence Plus Scheme with the hope of retaining its TfL recognition as an equivalent to the new FORS standard. 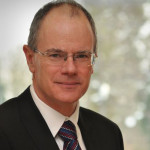 The association aims to have the amendment reapproved by TfL in time for the launch of FORS’ 4.0 on 9 November.

Deputy chief executive of the FTA, James Hookham, said that the association had examined the new FORS standards and described them as “quite far reaching.” However he said: “The Truck Excellence Plus scheme is designed to be flexible.”

A TfL spokesperson said that the Truck Excellence Plus would need to align with the new FORs standard to retain TfL recognition.