Lower petrol and diesel prices boosted the UK economy in 2015, according to report part-funded by the FTA, which has written to George Osborne, ahead of the Autumn Statement, urging him to keep fuel duty low.

The study by the Centre for Economic and Business Research, which was commissioned by FairFuelUK, reveals that low forecourt costs prompted an extra £11.6billion of economic activity, and increased GDP by 0.6 per cent. The FTA called for a 3p per litre decrease in fuel duty to ‘ease cost pressures on domestic road freight, stimulate economic growth and create jobs.’ 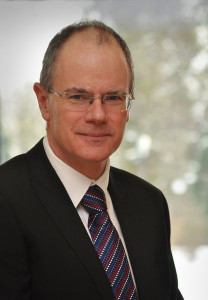 The report also found that the postponement of the fuel duty escalator uplifted government tax revenues by a net gain of £1.3billion. The CEBR study estimated that if the government had gone ahead with the plans, it would have cost the economy an extra £4.9 billion.

“The link between fuel prices and growth was confirmed by the Treasury’s own modelling last year and now CEBR’s evidence, part-funded by FTA, shows just how big the gains were and the economic folly of resorting to fuel duty or VED increases to balance the books or supposedly ‘punish’ users of diesel fuel.”

The RHA has also called for duty to be cut – saying that UK-registered hauliers already pay ‘by far the highest levels of diesel duty in the EU.’

RHA chief executive Richard Burnett said: “We are pleased that the FairFuelUK-commissioned research confirms that this year’s low oil and fuel prices have resulted in an increase in business investment, lower production costs and improved household spending across the entire UK economy. But if these important improvements are to be maintained, it is crucial that the Chancellor announces a fuel duty cut in his Autumn Statement.” 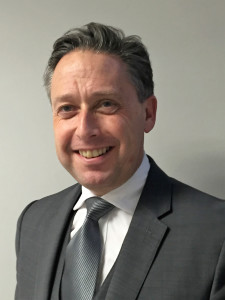 In a statement on Wednesday, RAC said that Fuel Watch data demonstrated Brent crude dropping ‘nearly $2 a barrel from Friday and $5 from a week ago’ – which means wholesale petrol and diesel prices are expected to decrease by 2p per litre in the next two weeks.

The RHA has also called for the government to take action on driver shortage in the UK, by funding driver training.

Burnett said: “If the UK haulage industry is to continue delivering daily life to every household, we need to get an extra 45,000 to 50,000 drivers behind the wheel,” said Richard Burnett. ”To achieve this, the industry needs £150 million of government funding.”

The Forum of Private Business (FPB), has called on George Osborne to confirm there would be no unforeseen hastening of the living wage plan.

Ian Cass, MD of FPB, said: “It is not clear what changes the Chancellor will make to the reduction or tampering of Tax Credits but it is important that additional costs are not put on small and medium-sized employers to pay for these changes.”

“Recent research from the Forum showed that in 2014/5 the cost of employment was the major increase in small business inflation and that 37 per cent cannot pass these savings on to their customers meaning that such increases directly impact on the ability of a small firm to invest and employ.”