The government has rejected a proposal that employees should be given preference in the order of payments of an insolvent business. The recommendation was made by Parliament’s Scottish Affairs and Business, Innovation and Skills Committees following the insolvency of City Link last Christmas.

A joint report published by Parliament’s Scottish Affairs and Business, Innovation and Skills Committees published in March said the processes for company insolvency did not offer sufficient protection to workers, suppliers and contractors and the balance should be shifted.

In particular it recommended that the government update the order of payments in the Insolvency Act 1986 to give preference to all of a company’s workers, regardless of whether or not they are directly employed and that consideration is given as to how best to deal with employees and small sub-contractors and suppliers. 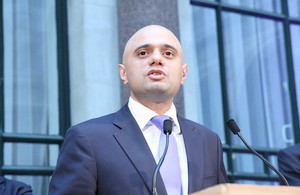 However, in the government’s response, Sajid Javid, secretary of state for business, innovation & skills, said: “Any change to the preference given to a particular group in an insolvency would have to be at the expense of other creditors. So, for example, if those who were self-employed were given preferential status of the same kind as employed workers, this would mean that less money would be available for other creditors such as consumers and suppliers (which may be small businesses). This could in turn mean that such creditors would be more reluctant to extend credit to a company in difficulty.

“The Government does not consider a sufficient case has been made for changing the long-established order of priority in this respect.”

The committees also called on the government to bring forward proposals to tackle “bogus self-employment”.

In response the Javid argued that many individuals in so called ‘bogus self-employment’ will have employment protections regardless of what their contracts say.

“However, the government recognises that an individual’s employment status is not always easy to determine and is considering these issues further.”

The committees’ other recommendations were less controversial and the government said it was still looking at them.