Harlequin Logistics has appointed Ben Gregory to its board. He has worked for Harlequin almost from its establishment in 2011. 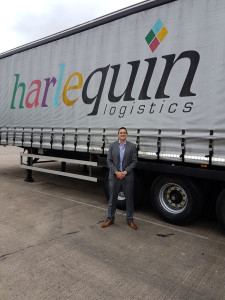 “We’ve been around five years now,” he says. “And the business has a lot more breadth to it than it originally did.

“We have a growing freight division, which operates in the general haulage market, as well as the core contract-based business which is well-established via our five shareholders.

“Our systems have also developed to keep pace with this, and now we are no longer viewed as new kids on the block, we are attracting a lot of enquiries.”