A huge fire has taken place at a Gardman warehouse in Daventry. 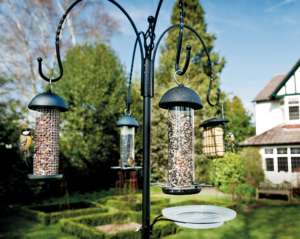 More than 50 fire-fighters had to attend the garden centre supplier’s warehouse – fire crews were called the unit in Parsons Road, Drayton Fields Industrial Estate just before midnight on 11th March.

The fire was contained to the warehouse, and there were a number of road closures within the industrial estate while the emergency services attended the incident.

At the time of writing there were not any casualties reported.

Gardman issued this statement on their website: “Shortly after midnight on 12th March a major fire broke out at the Garman warehouse in Daventry.

“At this time there are not believed to be any casualties and the Northants Fire Brigade are attending the site. The cause of the fire is unknown and is being investigated by the authorities.

“At this time we have no access to the site, a major incident team has been set up and we all updated you as and when we have more detail.”