Interroll has launched the MX 025H crossbelt sorter, which can handle up to 20,000 conveyed goods per hour. 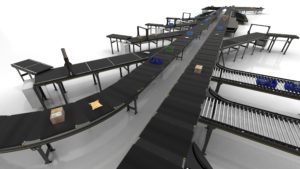 Jens Strüwing, executive vice-president and head of products and technology at Interroll, said: “With our entry into absolute high-performance sorting, system integrators can now offer users an innovative and at the same time proven technology range.

“Our unique, mechanical drive concept enables us to process an increasing number and variety of goods according to demand.”

The drive chain on the MX 025H has been replaced with a rubber belt. This, says Interroll, means there is no need for lubrication.  The sorter operates below 67 dB(A)  even at the highest throughput rates. 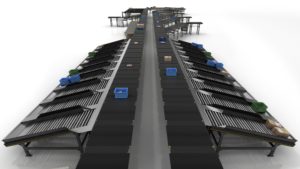 Interroll also said that the carriers on the MX 025H can also be replaced much faster, and that maintenance costs for the crossbelt sorter are approximately 50% less than with a conventional crossbelt Sorter.

Details of the new sorter from Interroll (stand 621) will be exhibited at IntraLogisteX – the UK’s only intralogistics show in 2020 – which takes place on the 31st March and 1st April 2020 at the Ricoh Arena, Coventry. Register your interest now at www.intralogistex.co.uk