IntraLogisteX 2019 has been hailed as a huge success by exhibitors and visitors alike after record numbers of buyers crowded into the Ricoh Arena to learn about the latest developments in intralogistics technology.

Nick Ivins of Sanderson said: “Feels like an elite show – we love coming here! We’ve had some good conversations.”

Robotics specialist Autostore chose IntraLogisteX for the launch of its new Black Line range, while Linde Material Handling had live demonstrations of the L-Matic Stacker truck on its stand.

Packaging proved a key area of interest for many visitors and Neopost Shipping attracted a lot of attention with its automated packaging solution. 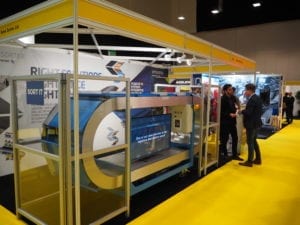 Indigo used the exhibition to reveal a major contract win with Barrus, the gardening tools and equipment supplier. Barrus is investing in the Indigo WMS warehouse management software to automate its previously paper-based warehouse processes.

Operations director Keryn Clarke, said, “Adding the Indigo WMS software means we have the ability to efficiently track the movement of goods throughout the business, so helping us make better use of available space in the warehouse, process stock and sales orders more quickly and generally prepare ourselves for further growth in shipping volumes in the future.”

It was the first time exhibiting at IntraLogisteX for imio Software, which has been just been formed as a separate business from Conveyor Networks. Imio’s Marcus Uprichard highlights the fact that the software suite has been designed with automation in mind. The suite includes WMS WCS, carrier integration, and specific software applications. 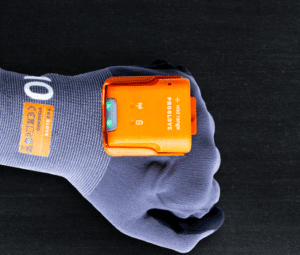 The exhibition featured a series of product launches while conference sessions covered a range of key issues from dynamic work optimisation to preparing for Brexit.

ProGlove exhibited its new MARK 2 wearable barcode scanner which features Bluetooth and is capable of scanning distances of up to 150 cm. 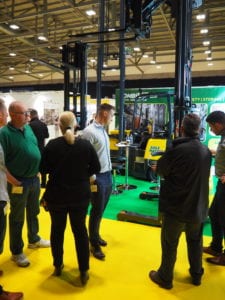 Automation was strongly represented at the exhibition with exhibitors such as Knapp, SSI Schaefer, Daifuku, AutoStore. Linde exhibited its latest automated systems, while AGVs were on show from iCart and EK-Automation. Guidance Automation also focused on automation.

Likewise, the conference programme attracted many visitors as they sat in for sessions from Lucas Systems, OrderWise, SPAR International, HelloFresh and the FTA.

The dramatic changes in consumer behaviour and their impact on the supply chain came under scrutiny by Tom Rose, head of international operations at Spar International.

And FTA’s John Lucy discussed getting logistics ready for Brexit, outlining what action business can take to prepare for Brexit come 29th March.