John Allan, chair of Tesco and Barratt Developments, is to become vice-president of the Confederation of British Industry on 1st October.

Paul Drechsler CBE, CBI president, said: “John’s extensive experience in the logistics, business services and retail sectors coupled with his board experience in construction and finance will provide terrific insights into consumers and the economy across all parts of the country.” 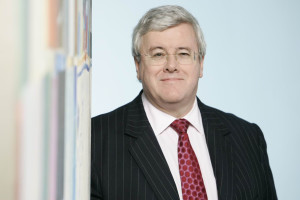 Allan became chief executive of Ocean Group in 1994, and then of Exel when Ocean Group merged with NFC in 2000 to become Exel plc. He masterminded the takeover of Tibbett & Britten to make Exel the undisputed global leader in logistics, operating in 60 countries with 115,000 employees.

The role of CBI Vice-President has been vacant for a number of years. The CBI Board has agreed the appointment of a Vice-President in line with good governance practice.