The major container shipping lines have offered to improve the transparency of freight prices in response to concerns raised by the European Commission. 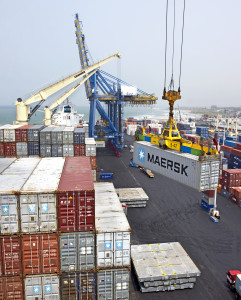 Future price announcements would include five main elements of the total price: base rate, bunker charges, security charges, terminal handling charges and peak season charges, under the scheme proposed by the 15 lines.

The commission disapproves of the current system, known as General Rate Increases (GRI), which are published up to five weeks before the implementation date and don’t indicate the fixed final price for the service concerned – only the amount of the increase in US dollars.

It argues that these General Rate Increase announcements may not provide full information on new prices to customers but merely allow carriers to explore each other’s pricing intentions and coordinate their behaviour. This breaches EU competition law. It is now seeking feedback on the commitments offered by the shipping lines.

The move has been welcomed by the Freight Transport Association (FTA) and the British Shippers’ Council which have been campaigning on the issue for more than five years.

Chris Welsh, the FTA director of global and European policy, said: “We welcome the Commission bringing this important case on liner shipping prices to a satisfactory close. As one of the original complainants, FTA will respond to the market test now that the Commission has published its Notice.”

They have made five key commitments:

The commitments would apply for a period of three years.