The FTA has said a peak-hour lorry ban, called for by mayoral candidate Caroline Pidgeon, would “put hundreds more vans on the city’s roads at the busiest time of day”. 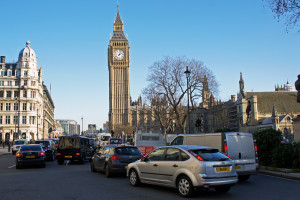 Pidgeon, the Lib-Dem candidate, has called for HGVs and construction vehicles to be banned from the city centre from 7-10am and also 4-7pm. This would be enforced by Congestion Charge cameras.

“Banning lorries at peak times makes no sense,” Christopher Snelling, FTA’s head of national and regional policy. “Deliveries still need to be made so a medium-sized HGV would be replaced by ten vans, with increased emissions, congestion, cost and potential injuries to vulnerable road users.

“Rather than ban lorries from our city centres, we need to focus on all aspects of road use to improve safety and pollution for everyone.

“HGVs can certainly play their part with cleaner Euro VI engines, revisions to mirrors and sideguards and better cab design.”

Snelling also commented on Pidgeon’s call for edge-of-town delivery hubs, like those used during the Olympics, to avoid the need for large vehicles to enter the city centre: “Again, this will put more vehicles on already busy the roads. Simplistic lorry bans are unlikely to be the best solution in terms of safety and will make it harder to operate the businesses that London relies on every day.”