British comedy writer, actor, presenter and performer Marcus Brigstocke will be hosting this year’s Supply Chain Excellence Awards to be held at London’s Park Lane Hilton on 6 November 2018. Awards entries are soon to close on the 29 June 2018. 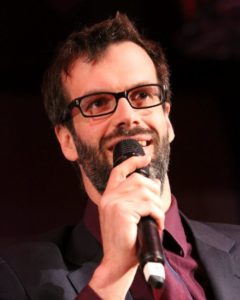 Brigstocke launched The Late Edition, the late night BBC4 answer to The Daily Show with Jon Stewart. He has hosted and appeared as a panellist on Have I Got News For You. Brigstocke has also appeared in big screen films such as Love Actually, Piccadilly Jim, Telstar: The Joe Meek Story, and Beyond the Sea. On Radio 4, he appears on the Now Show and hosts his own show The Brig Society.

Since they were launched in 1997 the Awards have become the benchmark for supply chain best practice, attracting entries not only from the UK and Europe but all around the world. Awards sponsors include Clipper Logistics, Flex and Blujay Solutions. The Awards have a have an increased focus on innovation, with new categories such as: City Logistics, Robotics, Technology, Transport, Automation, and Delivery.