AGVs were a key starting point in the road to autonomous working. But, asks Maria Highland, is there still a place for them in today’s AMR warehouse?

Automated Guided Vehicles used to be what we called any unmanned device moving around the warehouse. Originally these would have been mainly forklift trucks moving along embedded tracks in the floor, with simple programming including sensors for safety. However, as technology has developed to allow more independent movement, the term ‘Autonomous Mobile Robot’ has become more apt. AGVs are still here although their role in the warehouse has changed.

You may ask, aren’t AGVs and AMRs the same thing by different names? “No,” says Rose Power, Head of Operations at Scurri (pictured below). “Due to the rigidity of how AGVs work compared with the flexibility of AMRs, I don’t believe it’s just semantics.” 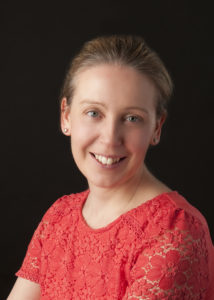 That rigidity is not necessarily a drawback. Without the autonomy of their rivals, AGVs work particularly well for repetitive processes or for businesses whose product profile is finite, such as raw materials. Typically, they supply manufacturing lines, accessing racking, and transport finished goods to staging or storage areas.

Bridging the gap
AGVs are often used to bridge a gap in a production line, to travel where there’s insufficient access for heavy-duty machinery such as embedded conveyors. Part of the appeal is that they are a standalone technology that can fit within an established operation on a modular basis, as an alternative to renovating the entire warehouse with full-scale automation.

Although the distinction between AGVs and AMRs has blurred a little in the past few years, there remains a few general differences in the way they operate and how they are used. “AGVs enable fast material transport from A to B,” says Simon Jones, Head of UK & Ireland at 6 River Systems. “The tasks they are asked to do are clearly defined and repetitive such as pallet movement.” By contrast, AMRs use cameras and sensors to see what is around them and hold in their memory a digital map of the area they operate in. “They constantly verify their location and use ‘intelligence’ to work out the best route to their next destination, or an alternative route if the first choice is blocked,” Jones explains. “AMRs are ideal for assisting employees with complex tasks such as ‘each’ picking in a warehouse.”

AMRs are orchestrated by sophisticated software that takes the raw orders to be picked from the WMS and provides all the intelligence to sequence the picking operation in the most efficient manner, taking into account delivery times, congestion, size of the products to be picked, number of staff available, as well as many other configurable factors. The AMRs then guide the staff through the process as directed by the software as well as carrying the picked products to where they are needed.

“They provide adaptability to material flow,” reports Edward Hutchison, Managing Director of BITO Storage Systems (pictured below). “This kind of ‘partial automation’ can be a company’s first step on the automation path that, for many, will represent a more viable manual labour alternative than going directly for a complex, fully automated warehouse system.” 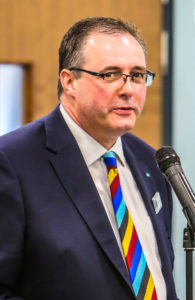 Labour shortages are a part of the Christmas peak, and as the problem gets worse than ever, the value of alternatives is rising. Many operators will find a place in the warehouse where an AGV could reap rewards, especially if they don’t have the scale to take on larger-scale automation. As a basis, anywhere that uses a forklift should consider whether it needs to be driven by a human or not.

Paul Freeman of Toyota Material Handling reckons several factors are driving the market for AGVs. “Firstly, there is a shortage of skilled forklift operators. Secondly, the operational cost of automation is usually lower than manually operated processes. And thirdly, in this era of e-commerce, there is a need for streamlined delivery, which forces logistics providers to plan and predict their logistics flows more consistently
to achieve next-day or even same-day delivery.”

AGVs are one of the cheapest steps into automation, but Power points out the costs beyond unit price. “Although AGVs typically cost less per robot than AMRs, you must also consider the costs you will incur to set up, deploy, reconfigure and operate them. AGVs usually require the installation of physical guides, under-floor wiring, or surface tape to allow the AGV to navigate and locate itself in its surroundings. And if you need to install sensors beneath the floor, that means lost hours to renovation, plus the cost of the actual work.”

This will put off some prospective investors who may prefer AMRs that figure out the layout of the workspace themselves. But if the business case is there, there are enough offerings on the market to sidestep many of these hurdles. BITO’s LEO Locative, for example, does not require a costly control system or laborious installation procedure. “Users need only lay out a visible track on the floor for the AGV to follow,” says Hutchison. “Additional special markings ensure the system always knows where it is and therefore guides it reliably to all targets. The visual tracks and markings are easy to change or even completely remove so that new tasks can be set up in no time.”

For operations where AGVs will work, the value they can deliver is not to be sniffed at. Power points out that AGVs can improve health, safety and workplace ergonomics while also helping with the recruiting and retention of workers. “The end result is lower cycle times, more picking and less walking, eliminating the wasteful and unproductive walking time and making the workflow easier and much faster,” she says. “AGVs can dramatically improve worker productivity by two to three times, which leads to lower labour costs, higher pick rates and exceptionally faster cycle times.”

Digmesa makes precision flow sensors for fluids, as found in almost every coffee machine in the world. To keep up recent high demand, the firm has automated its Swiss factory with AMRs from KNAPP.

The Open Shuttle AMRs transport empty containers to injection-moulding machines and take finished products to a flow rack system. The containers are equipped with RFID tags to ensure traceability of the goods.

“Our injection-moulding machines run continuously, with 24/7 operation of our assembly machines, so optimal material flow is important, as is having no standstills,” explains Stefan, CEO of Digmesa. “This was critical for investing in an autonomous system that – without a driver – puts things in the right place.”

The Open Shuttle AMRs undertake smart path planning and independent management of orders. Each Open Shuttle features integrated intelligence, which enables it to autonomously plan its route to the target, detect obstacles and avoid them intuitively. This free navigation is based on the calculations of onboard laser scanners and software.

Freeman agrees that safe working is a key for efficiency that AGVs can help to deliver. “Because they follow the route around the warehouse that they have been programmed to follow – unlike most operator-controlled forklifts where there is temptation to take a potentially dangerous ‘quick cut’, which it seems is omnipresent among some drivers – the likelihood of an automated truck damaging either the warehouse building, the storage system within it or the load being carried is virtually zero. This built-in safety functionality also means that the risk of the equipment causing injury to warehouse personnel working in the same area as an automated machine is minimal.”

Flexible friends
Freeman also points out that AGVs uses less energy and can be expected to have a longer working life than a manually operated forklift. AGVs can offer exceptional value, but it will be for specific tasks or for certain areas of any operation. On the other hand, AMRs present a more versatile option.

Scurri’s Power sums up the benefits of the ’bots. “A great AMR requires no alterations to your current facility, and can autonomously navigate through manufacturing and warehouse spaces. It learns its environment, remembers its location and dynamically plans its own path from one destination to another. If its path is blocked, an AMR can re-route itself with no assistance. The sensors an AMR uses to navigate ensure that it can operate safely in a dynamic environment alongside humans and materials handling equipment.”

Flexibility is an important differentiator, says Power. “As an AMR is not a permanent structure in the facility, it can be moved and redeployed with minimal cost as you grow and change over time. In fact, it can work in one part of the facility in the morning and be deployed for a different task later on.”

This versatility will be crucial for many businesses, especially SMEs going up against the big players. “AMRs offer tremendous flexibility and, importantly, scalability in traditional labour-intensive tasks such as order picking and put-away,” says Craig Whitehouse, Managing Director of Invar Integration (pictured below). 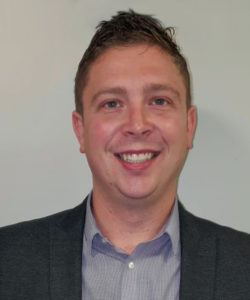 In fact, Whitehouse reckons AMRs represent a potential advantage for smaller operators. “SMEs have a great opportunity to steal a march on larger retailers that may have committed to inflexible, fixed automated systems. By adopting intelligent software and advanced mobile robot technology, SMEs can leverage the flexibility, speed and performance of goods-to-person automation as a low-CapEx project.”

AMRs certainly offer a greater potential for smarter and dynamic automation. Power is categorical in her preference. “They are superior in terms of flexibility, cost-effectiveness, ROI and productivity optimisation. All companies will at some point ask themselves, ‘can we afford not to use AMRs?’`”

It’s a good question but there will undoubtedly be many businesses for which the answer is ‘yes’ – at least in certain areas. Manufacturing and warehousing will always involve processes that AGVs can optimise just as well as AMRs, and with a smaller price tag. They may be less flashy, but what AGVs do, they do well. Their role may be distinct but there is still a decided and valuable place for AGVs in today’s warehouses.