The FTA has praised the Government’s new transport investment plan, but said more investment is needed to upgrade the road network. 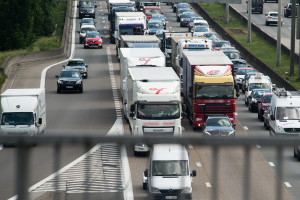 The government policy dedicates funds raised through Vehicle Excise Duty (VED) to road improvements. The FTA said that the funds can be used for major local authority roads as well as the strategic road network but that it “cannot not be the sole solution to finance future road infrastructure projects.“

“Major local authority roads form a crucial part of the road network so our members welcome the news that the new fund can be allocated to support a wider range of projects.  However, this extension of use will undoubtedly mean greater calls on one pot of money, so the Government will need to support infrastructure investment beyond just that provided by VED.”

The association said that the government announcement focusses on road spending but that the approach “affects all aspects of transport expenditure.”

The RHA has also said that the policy is good news, however has some reservations about the unknown timescale of the improvements

“The devil lies in the detail,” said Richard Burnett. “We need to know the timescale for the improvements – many of which will mean major civil engineering projects.

“These works must be completed on time. The agony of using the UK road network must not be prolonged any longer than necessary.”