Road hauliers will have to demonstrate 15 per cent greater financial reserves to operate legally in the UK as a result of the fall in the value of sterling, the Freight Transport Association has warned. 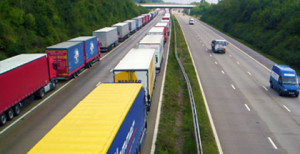 Official figures will be announced by the Department for Transport in due course. Financial standing requirements for standard operator licence holders, are given in European law in Euros, and come into force on 1st of January.

Es Shepherd, head of member advice at the FTA warned: “The potential hike may create difficulties for hauliers as they now need to demonstrate to the Traffic Commissioners – the industry regulator, that they have over 15 per cent greater reserves available.”