Richard Turfitt has been appointed the new senior traffic commissioner. He is taking over from Beverley Bell from 1 June 2017. 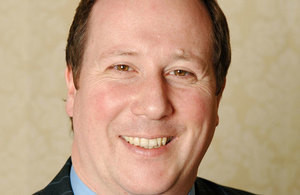 He has been traffic commissioner for the East of England since 2008, and has worked as a government prosecutor for upwards of ten years.

“I am excited to be asked to take up the role of senior traffic commissioner for Great Britain,” said Turfitt. “There is no doubt that I have a hard act to follow and I want to thank Beverley for her work as Senior Traffic Commissioner over the last 5 years.

“We have a strong, dedicated team of traffic commissioners and I look forward to continuing that work with them, to support responsible, compliant operators and drivers and focus our scrutiny on those who pose serious risks to safety standards.”

Current senior traffic commissioner, Beverley Bell, said: “Richard has been an unstinting source of support for me in my time as Senior Traffic Commissioner and I feel comfortable leaving the role in his capable hands.”

FTA chief executive David Wells said: “I congratulate Richard on his appointment.  The senior traffic commissioner is a critical yet challenging role in the industry not only to represent leadership of a team of eight independent Traffic Commissioners but also to act as a voice for the industry within the TC team.  I look forward to working closely with Richard in the future.”