Eddie Stobart Logistics saw underlying EBITDA rise 5.8 per cent to £44.5m in the year to 30th November 2015, according to figures from parent company Greenwhitestar UK plc. Revenue was up 1.6 per cent to £496.5m.

The company has been going through a review of its organisation “concluding that adopting a more strategic and a less transactional approach would serve customer requirements better”. 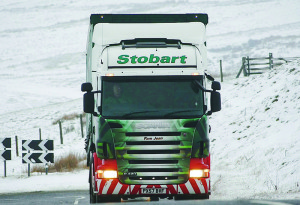 It has moved away from organising the business by operations, namely Ambient, Chilled, Soft Drinks and High Volume. The new structure is made up of a series of business sectors: Retail: E-commerce & Fulfilment: Manufacturing, Industrial & Bulk Tankers; Automotive Europe; and Special Customer Operations.

Each of these sectors will be supported by the core services of Transport, Warehousing, Port and Rail Operations.

During the year the group sold its UK Automotive business to BCA Trading for £16m. It said this resulted in a £7.5m profit.

In addition, it has focused on reducing costs and it said a “reduction in headcount will result in significantly lower central overhead costs, partially realised during the current year but with the full benefit recurring in future years.

Stobart has also added more than one million square feet of warehouse space at Dagenham, Daventry, and Carlisle.

Mike Branigan, the former CEO of TDG who became a director in February last year, stepped down as a director at the end of May 2016. Branigan is a partner in DBay Advisors, the asset management firm involved in the buyout of the Eddie Stobart Logistics business from the Stobart Group in 2014.