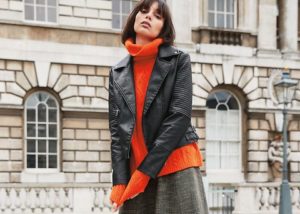 While full price store sales were down 6.1 per cent for the period, online sales were up by 13.6 per cent.

The retailer said stock for the end – of – season sale (including the stock it put into it Black Friday event) was well controlled and down – 6 per cent on last year. Clearance rates were in line with expectations.

The better than expected performance means that the retailer is increasing its profit forecast for the year from £727 million to £725m.