Initial figures show that online sales were up by more than a third on Black Friday. 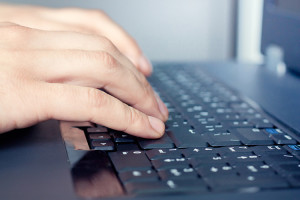 Amazon said it sold 7.4 million items on Black Friday, making it the retailer’s biggest day ever in the UK and an increase of almost 35 per cent on last year.

And MetaPack saw an increase of 46 per cent in the number of parcels processed in its e-commerce delivery platform on Black Friday. In 2014 the platform processed 660,155 parcels, which increased to 963,754 parcels this year.

According to retail insights company Springboard, online purchases have “stolen the show” during Black Friday weekend – with footfall in retail destinations down year on year 9.6 per cent.

But, Diane Wehrle, Springboard’s marketing and insights director, said that the popularity of online shopping this Black Friday might impact on Cyber Monday.

Wehrle said that the decrease in activity at retail stores on both the Friday and Saturday is linked to the significant increase in online activity. PCA Predict, provider of cloud-based address management, has said online traffic increased by 12 per cent during Black Friday weekend.

Wehrle said: “With another big day for online sales expected today for Cyber Monday, it will be interesting to see how the surge in online activity over the weekend might dampen what used to be the biggest day for cyber spend.”

There is disagreement among the analysts about exactly how big the fall in footfall was.

Retail intelligence company Footfall said that the decrease was 5.17 per cent year on year across Black Friday weekend – over 4 per cent lower than Springboard’s figures.

Springboard has said that this year retailers extended the shopping phenomenon, with offers spanning the whole weekend, to “boost the surge” over three days. However it has said that a larger decrease in footfall at in-store retailer destinations on Saturday and Sunday than Black Friday itself, may demonstrate the strategy may not have “paid off”.

According to Springboard, on both Saturday and Sunday, there was a footfall decrease of 6.8 per cent each day. On Black Friday itself there was a drop of 4.5 per cent.

Wehrle said that although there had been a drop in footfall from the last year, there had still been an increase of in-store shoppers from the previous Saturday.

“The fact that footfall has increased significantly over the weekend from the previous week, while declining from the same days in 2014 is a strong indicator that the nature of Black Friday and indeed all shopping has continued to move toward online over the year fuelled by the increased usage of mobile phones, which according to PCA Predict make up 35 per cent of all online traffic.”

She added: “In addition, the growth of click and collect in supporting store visits should not be under-estimated, particularly for retail parks, with many shoppers now opting to buy online but to then visit stores to pick up their purchases.”

Steve Richardson, UK regional director at FootFall, said: “There seems to be a real loss of consumer appetite for Black Friday compared to last year – with shopper traffic down by just over 4 per cent year-on-year. Of course, this could be an indication that people are simply switching their buying behaviours and going online to secure a deal. However, the drop in visitors in store can also be attributed to retailers’ changing their Black Friday strategies and extending the promotional event beyond a single day of discounting.

“For instance, some major retailers, such as Asda, are scaling back participation entirely, while others are extending the promotion to ease pressure and spread out demand. Morrison’s, for example, are holding Black FIVEday, while Argos plan to extend offers over two weeks.”