Unipart Group increased total group profit by 6.6 per cent to £24.3 million last year despite a five per cent fall in revenue to £845.4m, according to its results for the year to 31st December.

Last year, it won a £730 million, five year logistics contract with NHS Supply Chain. It said: “Unipart has taken on around 2,000 more people and an additional seven regional distribution centres providing transport, inventory management, customer service, inbound logistics and community delivery services. This is one of the largest logistics contracts in the UK.”

Unipart also won a five-year aftermarket logistics contract with Volkswagen. The operation will service more than 900 retailers and trade partners across the UK for the Volkswagen, Audi, SEAT, SKODA, TPS and Volkswagen Commercial brands. 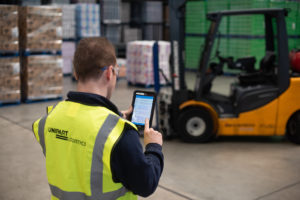 Chairman and group chief executive John Neill said: “2018 was a tough year for the UK economy in general with slowing growth rates, and particularly difficult trading conditions in the retail and automotive sector as consumer confidence levels declined against the backdrop of Brexit uncertainty”, he said.

“Brexit continues to be a serious short, medium and long term concern for our UK businesses. Complex, sophisticated and carefully choreographed supply chains have been developed over decades. The risk to these supply chains cannot be understated in the event of any failure to not only maintain, but improve the free flow of products, services and qualified skilled people across our borders.”