The Road Haulage Association is calling for an urgent meeting with prime minister David Cameron on the crisis at Calais. 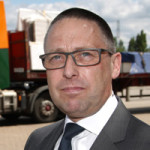 The association has strongly criticised the government’s approach to the Calais crisis, saying the latest measures to strengthen the security fall far short of what is needed.

Chief executive Richard Burnett, who is currently visiting Calais, warned that the current situation in Calais and the surrounding area could become a disaster. “Until the PM or one of his senior cabinet ministers has actually experienced the live situation in Calais as I did a few weeks ago they will not appreciate the scale of problem.”

“For every 10,000 lorries stranded for day on either side of the channel, the direct cost to the haulage industry is £5M as well as a multitude of other associated costs to our industry and the wider economy.

The RHA argues that boosting security at Eurotunnel in isolation will only divert migrant attention onto trucks on the approach roads waiting to board.

“Only the deployment of large numbers of security-trained personnel to segregate freight drivers from the migrants will allow for the free passage of goods and ensure the safety of our drivers. We’ve said all along that this can only be achieved through the deployment of the French military in sufficient numbers to protect the trucks and escort them into the port and/or Eurotunnel.”