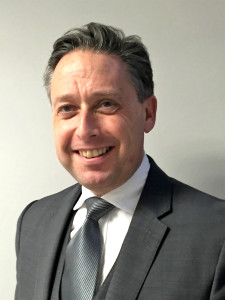 Four manufacturers have been fined: Volvo/Renault, Daimler, Iveco and DAF. MAN, which revealed the existence of the cartel to the commission, was not fined.

The largest fine, €1 billion, was imposed on Daimler, maker of Mercedes Benz trucks. Volvo/Renault was fined €670m, Iveco was fined €495m, and DAF was fined €753m.

RHA chief executive Richard Burnett said: “The victim of this price fixing has been the whole haulage industry and it is already clear today, and in recent weeks that many of our members will want compensation.

“The RHA is therefore actively considering representing the industry in pursuit of this and is making final detailed checks about taking this issue to the courts.”

Margrethe Vestager, the EU’s commissioner for competition, said: “It is not acceptable that MAN, Volvo/Renault, Daimler, Iveco and DAF, which together account for around nine out of every ten medium and heavy trucks produced in Europe, were part of a cartel instead of competing with each other. For 14 years they colluded on the pricing and on passing on the costs for meeting environmental standards to customers. This is also a clear message to companies that cartels are not accepted.”

All but DAF had their fines reduced for cooperating with the investigation – and all the companies received a ten per cent reduction for acknowledging their participation in the cartel.

Martin Lundstedt, Volvo president and CEO, said: “While we regret what has happened, we are convinced that these events have not impacted our customers. The Volvo Group has always competed for every single transaction. “We have taken these events very seriously from the outset and our full co-operation with the Commission resulted in a very substantial reduction in the fine.”