Award-winning impressionist Rory Bremner is to host the Supply Chain Excellence Awards which will be held at London Hilton on Park Lane on the 5th November attended by hundreds of supply chain leaders.

Bremner has a repertoire of over one hundred characters and impersonates everyone from film stars to chats how hosts, sportsmen to newsreaders and politicians to fellow comedians. 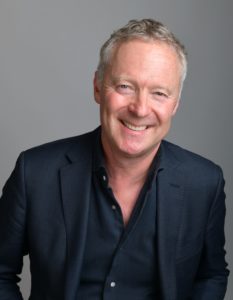 He has twice won the British Comedy Award for Top Male Performer as well as BAFTA’s Best Light Entertainment Award.

He frequently appears on a range of both comic and serious programmes including Question Time, The One Show, QI, and This Week. He has also presented one-off topical specials such Between Iraq and a Hard Place and four-part satirical documentary on the global banking crisis, Silly Money.

He was a regular on BBC 2’s Mock the Week and partnered Erin on the Saturday night hit Strictly Come Dancing. Likewise, Bremner has his own series Rory Bremner…Who Else? and Bremner, Bird & Fortune.

Since they were launched in 1997 the Awards have become the benchmark for supply chain best practice, attracting entries not only from the UK and Europe but all around the world. You can find out more information or enter the awards here.