Royal Mail is celebrating its 500th anniversary. 2016 marks 500 years since Henry VIII knighted Brian Tuke, the first master of the posts in 1516. 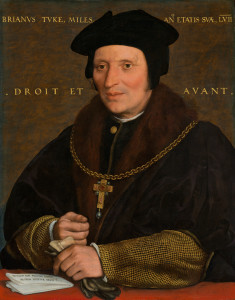 To commemorate the landmark anniversary Royal Mail is working alongside the British Postal Museum & Archive to create an online image gallery of 500 objects, people and events.

“We are proud to celebrate the heritage of this great company,” said Moya Greene, chief executive officer at Royal Mail. “The history of the postal service in the UK reflects the tremendous societal and political change that has taken us from sixteenth century Tudor England to the United Kingdom today.”

She added: “In all its guises, Royal Mail has been responsible for a number of world firsts – the Penny Black stamp and the first ever airmail flight to name just two. It has also changed almost beyond recognition, from a small group of King’s Messengers in those early days to a national network connecting consumers, companies and communities across the UK today.