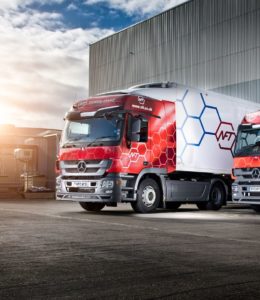 However, EBITDA was down from £7.5m to £6.5m, which the company said reflected the continued investment in the business in increasing its capacity to facilitate future growth.

Loss before interest and tax for the year was reported at £4.3 million compared to a loss of £13.4 million the year before.

Heath Zarin, chairman of NFT and managing director of EmergeVest (NFT’s owner), said: “We are pleased with the progress made during fiscal year 2017, which positions us well to achieve our strategic objectives. We have gained further momentum in fiscal year 2018 and look forward to exciting announcements in the near-term.”

The company said it made significant progress on its multi-year strategic plan; achieving record revenue; completing the acquisition of NR Evans Holdings in July 2016; increasing activity levels at the new multi-temperature logistics facility at the Port of Tilbury; and winning significant new business.