In a trading statement, Palmer-Baunack, said: “On 25 August 2015 the group completed the acquisition of Eddie Stobart’s UK Automotive Logistics business. 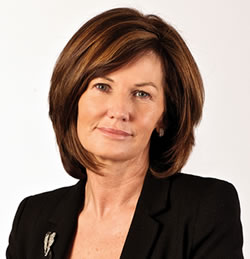 “The acquired business operates approximately 450 vehicle transporters with strong, long-term relationships with the majority of the leading OEMs and vehicle leasing companies.

She said the acquisition by BCA, which has been funded from existing cash resources, “will bring extensive logistics expertise, geographical coverage across the UK and the scale and capacity to significantly enhance the existing logistics services within the group”.

BCA Marketplace plc, is the new name for Haversham Holdings plc which was created during 2014 to acquire and manage companies in the UK and European automotive sector, including support services, leasing, engineering and manufacturing.

On 2 April 2015, the group completed the acquisition of the BCA Group, car auction business. It also owns the web site webuyanycar.com.

* Eddie Stobart Logistics is trading ahead of last year, the Stobart Group has said in its pre-close trading statement.

For the year to 30th November 2014, Greenwhitestar UK plc, the parent company of Eddie Stobart Logistics, made an operating profit of £16.2m after restructuring costs. Turnover was £394.4m.  In May 2015, Alex Laffey, former distribution director at Tesco, took over as  chief executive officer of Eddie Stobart Logistics with William Stobart taking up the new role of executive chairman.

The Stobart Group now focuses on infrastructure and support services but retains a 49 per cent stake in the transport and distribution business following the sale of a majority holding to DBay Advisors last year.

In its pre-close trading statement prior to the announcement of the interim results for the six months to 31 August 2015, the group said: “In our Infrastructure division, we completed the disposal of the Worcester property in March 2015, realising £6.2m. The development of a new distribution centre at our site at Carlisle Lake District Airport is expected to be completed on time in September 2015.

Chief executive Andrew Tinkler said: “We have continued to focus primarily on delivering value in our two high growth divisions, Energy and Aviation, and we continue to build the infrastructure and relationships to meet our targets in these markets. I am also pleased with the promising new contract wins in Stobart Rail.”