Viewing all articles tagged with DX

DX is on track with its turnaround plan, chairman Ron Series told shareholders at the company’s annual meeting.

Delivery group DX increased sales by three per cent to £299.5 million last year, while an underlying loss, at £4.9m, was less than analyst forecasts. 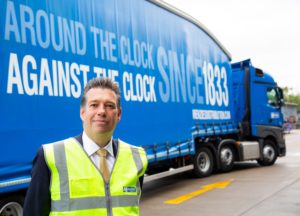 DX says its turnaround plan is progressing and it is on course to meet market expectations for its 2018 financial year.

The GMB union says it has reached a satisfactory settlement with DX over an employment tribunal claim brought by six GMB members.

DX shareholders have backed proposals to raise £4.76 million of new funding as well as converting existing loan noted into equity.