Viewing all articles tagged with Panalpina

DSV gets acceptances for 88pc of Panalpina shares

DSV says it received acceptances for 88.27 per cent of the shares in Panalpina at 17th July, the expiration of the extended main offer period.

Panalpina’s operating profit (EBIT) slipped from CHF 54.7 million to CHF 52.1m in the first half of 2019, despite an a small increase in revenue to CHF 2.96 billion.

Board changes planned for Panalpina

New directors are set to be elected to the Panalpina board as a result of the DSV takeover which is currently in progress. 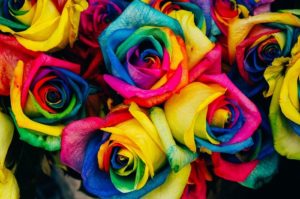 Panalpina expands in Colombia and Ecuador

Panalpina is to acquire CargoMaster in Colombia and its subsidiary Laseair, in Ecuador which specialise in the air freight export of perishables such as flowers and fruits.

Panalpina’s operating profit (EBIT) rose three per cent in the first quarter to CHF 28.1 million despite a three per cent fall in gross profit to CHF 358.1m.

Panalpina has confirmed that DSV has made a revised takeover bid for the business – increasing the offer to CHF180 per share from CHF170.

DSV has said it continues “to carefully review the situation” after its takeover bid for Panalpina was rejected by Panalpina’s biggest shareholder.

DVS has put in a non-binding proposal to acquire the company at a price of CHF 170 per share, comprising a mix of cash and DSV shares.

Ulber to step down as Panalpina chairman

Panalpina chairman Peter Ulber is to step down at the company’s annual meeting on 9th May next near.